(1) Aqua is a Danish-Norwegian dance-pop group, best known for their 1997 breakthrough single Barbie Girl. Initially forming as Joyspeed in 1989, the band was renamed Aqua in 1994 and achieved huge success across the globe in the late 1990s and early 2000s. The group managed to top the UK Singles Chart with their first three singles. The group released two albums: Aquarium in 1997 and Aquarius in 2000, before splitting up in July 2001. The group sold an estimated 33 million albums and singles, making them the most successful Danish band ever and the second most successful Norwegian band.

In their prime, Aqua's singles managed to chart top ten in a number of countries where European pop acts would not normally succeed, including the United States, Australia, and Japan. The group also caused controversy with the double entendres in their Barbie Girl single, with the Barbie doll makers Mattel filing a lawsuit against the group. The lawsuit was finally dismissed by a judge in 2002, who ruled "The parties are advised to chill".

The band's members are vocalists Lene Nystrøm Rasted (from Norway) and Rene Dif, keyboardist Søren Rasted, and guitarist Claus Norreen. During their split, Nystrøm, Dif and Rasted have all achieved solo chart success, and Norreen has continued in the music industry remixing other artists' material.

At a press event on Friday, October 26, 2007, the group announced a 25-concert reunion tour and a new greatest hits album. The tour was to have commenced in the summer of 2008. Offers were received by the record company from locations in Denmark, Canada, United States & U.K. Aqua finally performed 8 concerts around Denmark as part of the "Grøn koncert" festival. They released their second greatest hits album on 15 June 2009, which includes 16 old remastered tracks and three new songs: My Mamma Said, Live Fast, Die Young and their first single in 8 years, Back to the 80s which was released in Denmark on 25 May 2009. "Back To The 80's was the only single to have success outside of their home countries, it reached the top 20 in France. The greatest hits CD was released in North America and many European countries on 22 September 2009 and in the UK on 29 September 2009.

Lene told in an interview that the new album is scheduled for Spring 2011. The band confirmed on their official Facebook page that they are currently working in the studio. The band released their new single How R U Doin? on 14 March 2011 and a preview of the song was released on 10 March 2011 on the groups official facebook page. The song was either only released digitally outside of their country, or it achieved no sucess. Later singles just before the album was released included Like A Robot, and Playmate To Jesus. However those were only to their home country, and only had moderate to minor success even there. Like A Robot was just outside the top 10, and Playmate To Jesus was just outside the top 20 in Denmark. The album, Megalomania was finally released in October 2011 in their home countries. Like A Robot was later planned to be released as a single preceding the album as an international single, however those plans never materialized.

(2) Aqua originated from Kassel, Germany and came together in 1972 from members of the groups Agatha (ex-Inaction) and Praeludium Magnum.They only released a single and an album, both quite rare, but Garden of Delights' eponymous archival compilation offers a nice overview of their long career.First line-up included Martin Ulrich on guitar/backing vocals, Klaus Borucki on lead vocals, Martin Großkurth on keyboards, Georg Röber on bass and Bernd Billhardt (ex-Wyoming) on drums.

At the very early stages of their career, Aqua recorded regularly tracks in their rehearsal room on a 4-track Revox tape recorded.Four of them, all previously unreleased, document the band's early sound, which was a jamming Psych/Prog Rock with light Classical influences, somewhere between TYBURN TALL, THRICE MICE and SIXTY-NINE, performed heavily on Hammond organ and scratching electric guitars, featuring extended instrumental parts and some virtuosic deliveries on keyboards.The sound is pretty much dated with an average recording quality, yet the music is played with passion and energy.Nothing new or extraordinary, just decent material of long, emphatic songs with strong organ pounds and psychedelic tunes around.

Five years later, with a short break inbetween, Aqua would continue with a different line-up.Ulrich and Borucki were now accompanied by Jorg Rainer Wiesner on keyboards, Wolfgang Eckhardt on bass and Roy Kaleve on drums.They managed to record their first single at Panne & Paulsen Studios in Frankfurt, released in 1978.Forget about the psychedelic side of Aqua, as the band had turned into a much more Melodic Rock act with only some old-fashioned organ lines recalling their past.Sweet vocal lines, deep melodies and some Hard Rock/AOR vibes with synths in evidence combine for Aqua's new style, which was quite commercial, but also quite decent for what it was.

After some decent airplay, more line-up changes followed.Borucki left and he was replaced by new singer Mike Fajgel, while new bassist Wolfgang Ide was introduced in the place of Wolfgang Eckhardt.With a couple of guest musicians, Aqua eventually recorded their debut ''Sexy Boy?'' in 1980, again at Panne Studios, distributed in about 1000 copies.Two tracks are featured in this compilation and apparently Aqua's style was heavily influenced by the 80's without any traces of the band's past and a very melodious sound akin to ANYONE'S DAUGHTER or ROUSSEAU's most commercial moments.The music is again decent with melodic electric guitars, atmospheric keyboards and sensitive vocals, the second track ''No more love'' features also some nice electric piano, but the style is always grounded in safe fields, lacking any instrumental space for experiments.

Closing singer for the group was Matthias Reim, who spent some very limited time with them and later became a well-known Pop singer, while the story of Aqua ended in 1984 with their dissolution.

The whole history of Aqua is nicely documented in this archival work.Of minor interest for Prog fans, this one is split between early-70's Psych/Prog exercises and commercial Rock of the late-70's.Certainly closer to a collector's item. . 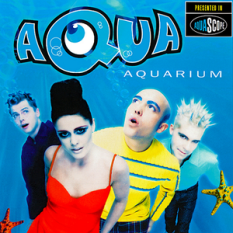 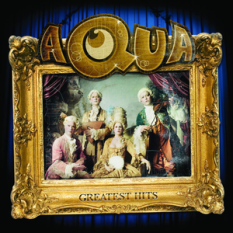 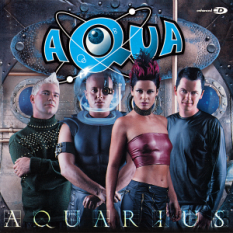 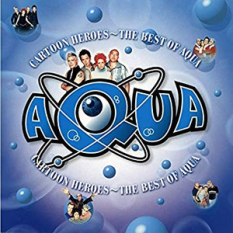 Cartoon Heroes: The Best of Aqua

🤗 Where can I find materials for the query "Aqua"?

You can find information through the best music search engine - Muzlan.top 😊All materials on request "Aqua" are available on page Aqua

🤗 Is it possible to listen to tracks on the site on request: "Aqua"?

Yes of course. You can listen tracks on the page Aqua

🤗 Is it possible to download tracks on query "Aqua"?

Yes of course. You can download tracks on the page Aqua