Pop, dance and folk elements blend in music of Boston-based trio from the former Yugoslavia, examining questions of modern life through ancient means. BALKAN TRIBES was formed in 1995, as a reflection and a reaction on what was going on in the region of former Yugoslavia, where all the members of the band are from. Two founding members, MILAN KOVACEV, from Belgrade, Serbia and DAMIR PRCIC, from Tuzla, Bosnia met some 15 years ago while serving the mandatory military service in (then) still peaceful and unified country.

The initial mutual interest in music and technology over time grew into a deep respect for each other and a friendship that transcended the thousands of miles that separated them while DAMIR was studying Film Scoring at Berklee College of Music in Boston and MILAN recording and producing records in Belgrade. Eventually, MILAN joined DAMIR in Boston to pursue studies in Music Business and Management.

The war raging in their country affected DAMIR and MILAN profoundly. They realized that if they were still back home, there was a very real possibility of being drafted and having to fight on the opposite sides, MILAN being Serbian and DAMIR being Bosnian. Fight like so many other people have - some of them close friends as they are. This concept was completely unimaginable to the founders of Balkan Tribes. "We though to ourselves, the best way to deal with this heartbreaking situation was to turn all that negative energy into positive music" says MILAN.

They wanted to remind themselves as well as, hopefully, some of the world around them, that there was beauty where they came from, warm and soulful people, regardless of the nationality and religion and geographical position, regardless of the things going on at the present.


Balkan Tribes: Milan Kovacev / Alma Vucinic / Damir Prcic
BALKAN TRIBES started combining instrumental and vocal samples of the traditional folk music from this area performed by ordinary people of all ethnicities unburdened by recording contracts, charts and similar trappings of the modern world. People simply celebrating life, love, birth or nature through song and dance. "We combined these elements with the beats, loops and samples of the music that made our toes tap and our bodies groove and which were just as big a part of our musical upbringing. And it felt good.", reflects DAMIR.

The band expanded their palette and added vocals in English, performed by a most beautiful addition, ALMA VUCINIC, a vocal student at Berklee originating from Montenegro. ALMA was considered a musical prodigy in Serbia and Montenegro, performing nationally with renowned jazz orchestras as young as seventeen. She recently received the BMG Jazz Musicianship Award.

The members of BALKAN TRIBES believe that paying homage to their forefathers enables them to see themselves in a whole new life, to re-examine their realities and forge forward freshly and fearlessly, with hope that in generations to come they will be the ones examined, the ones to transfer the torch of illumination. . 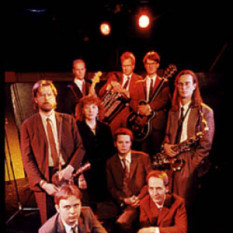 🤗 Where can I find materials for the query "Balkan Tribes"?

You can find information through the best music search engine - Muzlan.top 😊All materials on request "Balkan Tribes" are available on page Balkan Tribes

🤗 Is it possible to listen to tracks on the site on request: "Balkan Tribes"?

Yes of course. You can listen tracks on the page Balkan Tribes

🤗 Is it possible to download tracks on query "Balkan Tribes"?

Yes of course. You can download tracks on the page Balkan Tribes