1 A Scottish electro pop/twee band popular in the 1990s (stylised bis). They formed in 1994 with their name derived from The The's "Twilight of a Champion" lyric, "Black Iron Skyline". Members included: Steven Clark (vocals, guitar - aka Sci-fi Steven), John Clark (vocals, bass - aka John Disco) and Amanda MacKinnon (vocals, keyboards - aka Manda Rin). In 1995, they became the first unsigned band to appear on BBC's Top of the Pops. Their 1998 single "Eurodisco" was successful and its follow-up single "Detour" became their first USA hit. They toured extensively, including with: Garbage, Foo Fighters, Luscious Jackson, Pavement and Gary Numan.
They were so popular in Japan that they sold 100,000 of the album The New Transistor Heroes in 2 weeks and played 3 nights in a row at a 900 capacity venue in Tokyo as part of the tour.

"Eurodisco", a single from the band's second album Social Dancing, reached number 37 in the UK singles chart. Shortly after, the band was dropped by Grand Royal in the USA, their publisher Universal in the UK, and they left the Wiiija UK label. Spinart Records in the US and Artful in the UK released their 3rd album Return to Central.

bis recorded the theme tune to the Powerpuff Girls on Cartoon Network. As a result of its success, they were asked by the BBC to write music for the cartoon BB3B. The band appeared as characters and provided a tune per episode for them.

Although the band broke up in 2003, all three former members have remained active within the U.K. music scene. Steven and John Clark formed Dirty Hospital and Amanda MacKinnon and her then-husband formed The Kitchen. The three then formed data Panik in early 2005 along with members Stuart Memo and Graham C. data Panik disbanded in August 2006, but each member still contributes to the music scene with Amanda doing solo material and the Clark brothers continuing make music as Dirty Hospital.

In April 2007, they played three reunion gigs to mark the 10th anniversary of the release of their debut album The New Transistor Heroes and a best-of compilation (We Are bis from Glasgow, Scotland).


2) A Japanese idol girl group (stylised BiS - alternative tags ＢｉＳ and Brand-new idol Society), formed in 2010 and fronted by Pour Lui (プー・ルイ). They stand out from their idol peers through their evocative and often shocking music videos, as well as their music. Using sounds such as punk, ska, metal and shoegaze, they gained a reputation as being "alternative" idols, e.g. collaborating with noise band Hijokaidan (非常階段). Their output often criticises aspects of the idol industry (e.g. their 2012 album Idol is Dead), which makes them relatively subversive and an alternative to the likes of AKB48 and モーニング娘。.

BiS' first formation included four members: Pour Lui (leader), Hirano "Nozoshan" Nozomi, Nakayama "UK" Yukiko, and Yokoyama "Rinahamu" Rina. Rinahamu chose to graduate from the group after the release of their debut album "Brand-new idol Society", and the group continued with three members until the release of their first single, My Ixxx, for which a new fourth member (Terashima Yufu) was added. (However, Terashima does not appear on the A-side track and sings only on three B-side tracks.) The music video for My Ixxx quickly gained infamy for showing the members of the group naked, and a second single primal. soon followed. After the release of "primal.", UK chose to graduate from the group at their one-man concert "IDOL is DEAD", held on the 31st of December 2011. (She is now the frontwoman of the band Morphine Tokyo.)

In 2012, BiS added new members following an audition: Wakisaka "Wacky" Yurika, and Michibayashi "Mitchel" Rio. Now a five-member group, they announced that they would make a major-label debut with a new single, "PPCC". It was released that summer, and included a cover of "survival dAnce ~no no cry more~" by legendary dance-pop act TRF. In the same year, they released a second album, "IDOL is DEAD", and a B-movie-styled horror film featuring the members of the group.

Wacky injured her leg running a 100-km supermarathon as part of promotional activity for "IDOL is DEAD", and subsequently could not perform at concerts. She still participated in single recording, including 2013's "GET YOU", a collaboration with idol group Dorothy Little Happy, but she chose to graduate for the sake of her health later that year and "BiSimulation" became her final work with the group. Terashima Yufu graduated in the same year, owing to disputes with Pour Lui and a difference in creative vision.

At the 2013 concert BiS48, three new members were added, making BiS a 6-member group for the first time. First Summer Uika, Tentenko and Kamiya Saki made their debut with the single "DiE" and participated in the recording of a noise album as BiS Kaidan. However, Mitchel announced her graduation, citing a desire to look for a stable job. She was given a graduation song with the double-A-side single "Fly / Hi" in September.

After Mitchel's departure, BiS announced that a "JK" (typically shorthand for "joshi kousei", or "female high-school student") would take her place. The new member was revealed to be the septuagenarian Junko Koshino, a world-renowned fashion designer. She was an active BiS member for only two days, but was proclaimed an honorary lifetime member upon her departure from the group.

More auditions followed to find a replacement member, and eventually Koshouji "Megumon" Megumi was added to the group, with the digital hardcore number "STUPiG" becoming her debut single at the very beginning of 2014.

This FiNAL lineup of BiS released a third album, "WHO KiLLED IDOL?", that year, and announced that they would disband at Yokohama Arena in July with one final concert together. Before that, they released a farewell single ("FiNAL DANCE / nerve") and a best-of album.

Eventually, BiS did split up at Yokohama Arena, where they were joined by former members Mitchel, Rinahamu and UK as they performed their representative song nerve together. The concert was made up of 49 full-length songs, with the members taking only one break.

The members of BiS have since gone on to various different careers:

After the disband of BiS, manager Watanabe Junnosuke vowed to start a successor to the group, which eventually became BiSH (Brand-new idol SHiT). BiSH debuted in 2015 and released their first album in May.

In July 2016, exactly two years after the original group's disbandment, Pour Lui announced the revival of BiS. She released a solo song "BiSBiS" under the BiS name (taking numerous musical and lyrical cues from previous BiS songs such as "BiS" and "primal."), and announced that she would audition new members for the group together with Watanabe Junnosuke (JxSxK). The fourth BiS album (and first as the new group), "Brand-new idol Society 2", will be released in November 2016.

Starting in September, eleven auditioning members were trained in dance and singing by Pour Lui and Matsukuma Kenta, and they were eventually narrowed down to four members who joined Pour Lui for their first concert as BiS on the 4th of September. The current BiS lineup is Pour Lui, Kika Front Frontal, Go Zeela, Peri Ubu, and Aya Eightprince.

The reformed BiS released "Brand-new idol Society 2" in November, featuring re-recordings of classic BiS songs, along with four new ones (Happy Birthday, Not Special, BiSBiS, Human after all). The new album charted at #24 on the Oricon weekly album charts, and shortly after the album's release, they announced a follow-up, "Re:STUPiD", to be released in 2017.

Following the release of Re:STUPiD, a more emotional and personal BiS work than most, an audition was held to find potential new recruits for BiS, and sister groups BiSH and GANG PARADE. The audition resulted in the addition of new members Pan Luna Leafy and Momoland. Also announced was a limited-time trade between BiS and GANG PARADE - former BiS member and GP leader Kamiya Saki was moved once again to BiS, while Aya Eightprince became a member of GANG PARADE.

This seven-member incarnation of BiS released the single "SOCiALiSM", featuring a combination of melodic hardcore and ska punk sounds. Soon after, a "one coin" (=500 yen) single, "I can't say NO!!!!!" was announced for a release in August, only to be delayed to October due to member Peri Ubu suffering from infectious enteritis. "I can't say NO!!!!!" will be released on the 4th of October, on the same day that BiS will hold "IDOL is DEAD", their one-man concert. 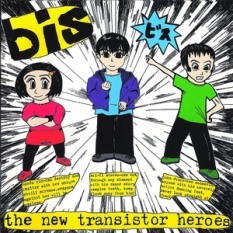 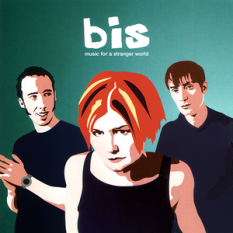 Music for a Stranger World

🤗 Where can I find materials for the query "Bis"?

You can find information through the best music search engine - Muzlan.top 😊All materials on request "Bis" are available on page Bis

🤗 Is it possible to listen to tracks on the site on request: "Bis"?

Yes of course. You can listen tracks on the page Bis

🤗 Is it possible to download tracks on query "Bis"?

Yes of course. You can download tracks on the page Bis