Cheech Marin (born Richard Anthony Marin on July 13, 1946), is a Mexican American comedian and actor. He was born in South Los Angeles to Oscar Marin (an LAPD officer) and Elsa Melsa. Marin is a graduate of California State University Northridge where he was a member of Phi Sigma Kappa. His stage persona is that of a stereotypical Mexican immigrant, or an uneducated urban Chicano. Fleeing from the US draft during the height of the Vietnam War in 1968, Marin settled in Vancouver, British Columbia, where he met future comedic partner Tommy Chong. As a part of the duo Cheech and Chong he participated in a number of comedy albums and feature film comedies. After he and Tommy went their separate ways, he starred in a number of films as a solo actor, most notably Born in East L.A.

Later he made the transition to television when he co-starred with Don Johnson and Yasmine Bleeth in the police show Nash Bridges (1996-2001), in which they played San Francisco police-detective partners. In recent years he has been active in playing supporting roles in films and performing voice overs for animated features. His last television work included a supporting role in Judging Amy, where he played an independently wealthy landscape designer. He's also a favorite of director Robert Rodriguez, who has worked with Marin six times following the last two installments of his El Mariachi trilogy, the Spy Kids trilogy, and From Dusk Till Dawn. He also provided his voice for several Disney animated films, most notably Oliver & Company (1988), The Lion King (1994) and Cars (2006). He also made a small appearance as a dockworker in the movie Ghostbusters 2.

Marin is one of the foremost collectors of Chicano art in the United States, and his private collection is claimed to be the world's largest. Two national touring exhibitions have featured works from his collection. He's also an avid golfer, although Marin initially disliked the sport until he co-starred in Tin Cup.

Marin was born with a cleft lip, which has long since been repaired. He speaks fluent Spanish and uses it in some of the movies he stars in. Marin's trademark is his character's Mexican-accented voice.

The actor took a cue from his Nash Bridges counterpart as he resides in the San Francisco Bay Area year round, as a resident of the city's ritzy Sea Cliff neighborhood.

Recently, Marin reprised his role as Banzai the Hyena from The Lion King for the video game Kingdom Hearts II. In the 2006 animated film Cars he voiced the lowrider Ramone.

In the fall of 2006, Marin participated in Simon Cowell's Celebrity Duets, having sung with Peter Frampton, Randy Travis, Clint Black, Aaron Neville, and Al Jarreau. He was the fourth to be eliminated.

In the 2007 return of the hit television series LOST season 3, Marin will be playing Hurley's father. . 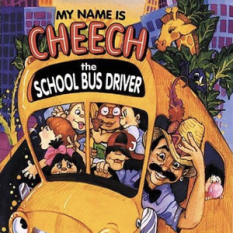 My Name Is Cheech, the School Bus Driver 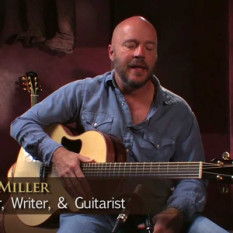 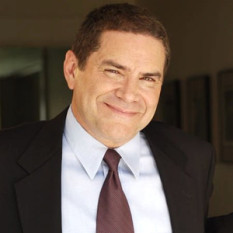 🤗 Where can I find materials for the query "Cheech Marin"?

You can find information through the best music search engine - Muzlan.top 😊All materials on request "Cheech Marin" are available on page Cheech Marin

🤗 Is it possible to listen to tracks on the site on request: "Cheech Marin"?

Yes of course. You can listen tracks on the page Cheech Marin

🤗 Is it possible to download tracks on query "Cheech Marin"?

Yes of course. You can download tracks on the page Cheech Marin