Lopes contributed her own self-written raps to many of TLC's popular singles, including "Waterfalls" and "No Scrubs". Lopes was also a self-taught keyboardist and displayed those talents during her solo spot on TLC's headlining concert performances. She was also known for wearing a pair of glasses with a condom in place of the left eye lens in the beginning of her career, which was one of the ways the group promoted safe sex.

TLC began life as a female trio called Second Nature. The group evolved into TLC - the letters of the band made up of the first initials of the three members - Tionne, Lisa and Crystal. Things didn't work out with Crystal, and TLC's manager Perri "Pebbles" Reid brought in her back up dancer, Rozonda Thomas as a third member of the group. To keep the "initial" theme of the band's name, Rozonda needed a name starting with C, so she took on the nickname Chilli. Fellow bandmate Tionne Watkins became T-Boz, while Lisa renamed herself Left Eye, as she had once been told she had beautiful eyes, "particularly the left eye." Left Eye celebrated her nickname by wearing glasses with a condom over her left eye (also a promotion for safe sex), later evolving to a black stripe under the eye.

TLC's third album Fanmail was released in 1999 and sold over 10 million copies worldwide. The album's title was a tribute to TLC's loyal fans. The album's sleeve contained the names of hundreds of fans as a thank you to everyone who supported them.

During the recording of Fanmail, a public conflict began between the three members of the group. According to Lopes, their producer Dallas Austin was demanding too much money to produce the new album. As he was dating Chilli at the time, Chilli took his side. Lopes, frustrated by the delay in the recording of the album, sent a message to Vibe magazine saying "I've graduated from this era. I cannot stand 100 percent behind this TLC project and the music that is supposed to represent me." T-Boz and Chilli were furious at Lisa for her public outburst. They went to Entertainment Weekly magazine and told them that Lopes was acting like an abusive boyfriend. Chilli even called her selfish and evil. Lisa was crushed and told Sister 2 Sister magazine that she cried over the interview when she had to see the girls at a performance and pretend everything was fine. She then retaliated by issuing a challenge for T-Boz and Chilli and herself to release solo albums and let the public decide who was the greatest member of TLC:

“ I challenge Tionne 'Player' Watkins (T-Boz) and Rozonda 'Hater' Thomas (Chilli) to an album entitled "The Challenge"... a 3-CD set that contains three solo albums. Each ... will be due to the record label by October 1, 2000... I also challenge Dallas 'The Manipulator' Austin to produce all of the material and do it at a fraction of his normal rate. As I think about it, I'm sure LaFace would not mind throwing in a $1.5 million dollar prize for the winner.”

T-Boz and Chilli declined to take up the "Challenge", though Lopes always maintained she thought it was a great idea.

After Fanmail, Lopes began to expand her solo career. She became a featured rapper on several singles, including former Spice Girl Melanie C's "Never Be the Same Again", which went to #1 in 35 countries, including the UK.[9] She was also featured on the first single from Donell Jones' second album, entitled "U Know What's Up", and she sang "Space Cowboy" with *NSYNC on their 2000 album No Strings Attached Lopes also collaborated on "Gimme Some" by Toni Braxton from her 2000 release The Heat. In 2001 she appeared in two commercials for The Gap, one solo and the other with India.Arie, Liz Phair, and Sheryl Crow, where she was featured singing, instead of rapping, for the first time alone.

Lopes was also the host of the short-lived MTV series, The Cut, a precursor to American Idol in which a handful of would-be pop stars, rappers, and rock bands competed against each other and were judged. The show's winner, which ended up being a male-female rap duo, was promised a record deal and funding to produce a music video, which would then enter MTV's heavy rotation. A then-unknown Anastacia finished in third place, but so impressed Lopes and the show's three judges, that she scored a record deal as well. About nine months before her death, Lopes appeared on the singers' edition of Who Wants To Be A Millionaire along with Joey McIntyre, Tyrese, Nick Lachey and Lee Ann Womack. She dropped from a $125,000 question and won $32,000 for charity. A year later, in 2002, the episode of her drop was shown and was dedicated to her.

Lopes created "Left Eye Productions" to discover new talent. She helped the R&B trio Blaque to secure a record deal with Columbia Records. Their self-titled debut album was executive-produced by Lopes, who also made a cameo appearance on the album and in their music video "I Do". Lopes was also developing another new band called Egypt.[10]

Lopes spent much of her free time after the conclusion of TLC's first headlining tour behind Fanmail recording her debut album, Supernova. It includes a song titled "A New Star Is Born" is dedicated to her late father. She told MTV News: “That track is dedicated to all those that have loved ones that have passed away. It's saying that there is no such thing as death. We can call it transforming for a lack of better words, but as scientists would say, 'Every atom that was once a star is now in you.' It's in your body. So in the song I pretty much go along with that idea. ... I don't care what happens or what people think about death, it doesn't matter. We all share the same space."

Other tracks covered personal issues including her relationship with Rison. Amongst the album's 12 tracks was a posthumous duet with Tupac Shakur that was assembled from the large cache of unreleased recordings done prior to his murder in 1996. The unreleased song "Left Pimpin" was sampled for the song "Quickie", which is featured on TLC's fourth album, 3D. Initially scheduled for release on a date to coincide with the 10th anniversary of her father's passing, Supernova was then delayed for two months before her American label chose to shelve the project. The album was eventually released outside of the United States, and hardcore American TLC fans caused a demand for import copies of the album from the UK and Japan.

After numerous talks with Death Row Records CEO, Suge Knight, Lopes severed her solo deal with Arista Records (she remained contracted with the label as a member of TLC) and signed with Knight's Tha Row Records, intending to record a second solo album under the pseudonym N.I.N.A. (New Identity Not Applicable). N.I.N.A. was to include several songs recorded by and with Ray J.

Lopes had already started work on both her second solo album and on songs for the fourth TLC album, 3D, when she was killed in a car accident in La Ceiba, Honduras on April 25, 2002. She was the sole fatality of eight people in the vehicle, a Mitsubishi Pajero that she was driving. The vehicle rolled several times, throwing Lisa out of the window. She died from severe head injuries. Lisa's mother Wanda later tried to sue Mitsubishi Motors, as the Pajero was prone to rollovers, according to a 2001 Consumer Reports review. She was thirty years old when she died.

Her funeral was held at New Birth Missionary Baptist Church in Lithonia, Georgia. Over 30,000 fans came from all over the world to bid her farewell. Engraved upon her white casket was her rap from "Waterfalls": "Dreams are hopeless aspirations, in hopes of coming true, believe in yourself, the rest is up to me and you." Lopes was buried at Hillandale Memorial Gardens, in Lithonia, Georgia 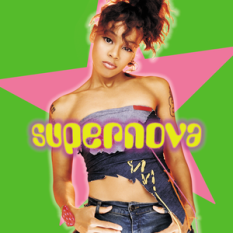 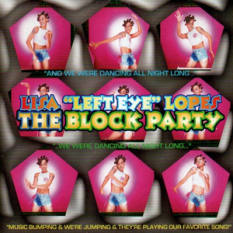 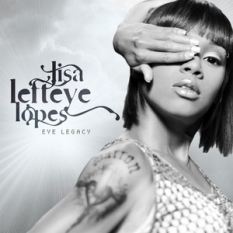