Originally «:TREMOR » was created as total project of legendary Belgorod bands «Popcore Experience» and «Cataracta» in 2004, March. These bands started in 1993-1995, with efforts to create the common band with Andrey Kolesnikov aka Dron (the member of «Popcore Experience» since 1995), Alexander Naumenko aka Alex (the member of «Popcore Experience» since 1995) and Alexander Cheremisov aka Morton (the member of «Cataracta» since 1996). 10 years have passed and brand new project was started. Firstly, we decided to play some kind of unusual funny music with minimum of lyrics filled with sarcasm. Since August till November 2004 we have recorded a 12-songs demo «S Dnyom Rojdeniya Milaya! (Happy Birthday, Darling!)». Extremely talented composer and guitar player from Belgorod, Artyom Bankin helped us to record this album. 50 self-made copies were given for free during the presentation concert.

But the band took the name «:tremor» only at 2005 after the serious changes. At the same year a brand new music style was created, and it’s called « Gangsta -Grind» (the same as Chanson -Grind).

After the number of concerts and recording the next album, which called «Zlo / Evil», the participants of the band were:

Then the band recorded the first official album called “S Dnyom Rojdeniya Milaya! / Happy birthday, Darling!” at D.A.C. Production in Kiev. By the end of the year Alexander Kulandin has left the band.

The second album "Zlo / Evil" was recorded very soon (we've worked on this album from the end of 2006 till the begining of 2007) and came on 2008 at D.A.C. Production label. Besides there were some experimental material recorded for Coyote Records label, based on music from 2004 album, Haruki Murakami (村上春樹 ) lyrics, anime and Japanese culture. It called "Ebluka" and was 4-way split CD with Ebanath (Ukr) / Defecal Of Gerbe (Fra) / Vulvulator (Ukr). Then there were a lot of concerts...
By the end of 2008 single "Beau Monde" was available for downloading from internet.
In April of 2009 we've started our work on the third album called "CHOTKO". The album was ready in October of 2009 still at the Dreaming About Cannibalism Production label with pit-art, slip-box etc. When the album was recorded Alexander Astakhov jr. aka SanyOk left the band and moved to St. Petersburg. Ivan Didorenko aka Ket-ka became a new bass player. 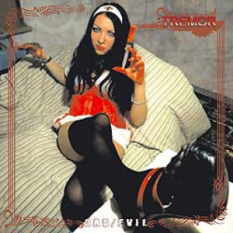 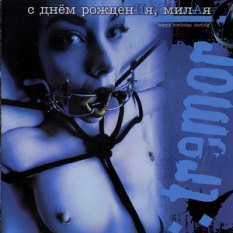