The Cult are an English rock band that gained a dedicated following in their native Britain with mid-80s singles such as "She Sells Sanctuary" before breaking into the American metal market in the late-80s with songs such as "Love Removal Machine". Known for having "firmly set its sights on neo-metal godhood", the band fuses a heavy revivalist sound with "the pseudo-mysticism" of "The Doors, the guitar-orchestrations of Led Zeppelin, and the three-chord crunch of AC/DC, while adding touches of post-punk goth rock" in the words of critics. Since their earliest form in Bradford during 1981, the band has had various line-ups, but the longest serving band members are vocalist Ian Astbury and guitarist Billy Duffy, both of whom are the band's songwriters.

Perhaps best known today for the hit arena rock singles "Fire Woman" and "Sun King" as well as the smooth, dark post-punk song "She Sells Sanctuary", the group's origins go back to an outfit by the name of Southern Death Cult, a 1981 project of vocalist Ian Astbury (born May 14, 1962). Exploring the boundaries of alternative post-punk music, Astbury drew major influence from the culture and beliefs of Native Americans based on his time living in Canada in his youth, and this sense of earthy spirituality and mysticism influenced much of his music. The fledgling group, featuring Astbury alongside David Burrows (guitar), Barry Jepson (bass), and Haq Quereshi (drums), became an underground sensation and even released a dual-sided single in December 1982.

Still, Astbury found fault with the band's musical direction, and he floated around various other outfits for a while, including a project titled Death Cult. Inspired by American hard rock and aggressive psychedelia, he devised a group titled simply the Cult that would distance itself from the more gloomy and goth rock cultural scenes of his previous groups. Soon after the Cult's birth in early 1984, it stuck a chord with British audiences, particularly the combo of Astbury and guitarist / songwriter Billy Duffy.

The band released their debut album, 'Dreamtime', in the fall of 1984. With the single "Spiritwalker", a piece of powerful arena rock, picking up some steam, 'Dreamtime reached number 21 on the U.K. charts. After moving to London for their recording work, the band released their sophomore album 'Love', which charted at #4 in the United Kingdom, and they unleashed singles such as "She Sells Sanctuary" and Rain. The former song gave the band a wonderful taste of North American commercial success, reaching the top 40 of the U.S. Club Play Singles chart.

In the late-80s, the band adopted an even more hard rock and energetic punk-infused sound with their third release 'Electric', which spawned the singles "Love Removal Machine" and "Little Devil" (also known as "Lil' Devil"). Reaching the top 40 of the Billboard album chart in the U.S., 'Electric' would also later be cited in the popular book '1001 Albums You Must Hear Before You Die'. The Cult's 1989 album, 'Sonic Temple', enabled them to break into the North American market completely, with singles "Fire Woman" and "Sun King" becoming U.S. top 40 smashes and rock radio staples to this day.

Still, by the early 90s, the band was fraying behind the scenes, due to alcohol abuse and off-stage tensions. Band members Duffy and Astbury found themselves down to a duo, and the 1991 release 'Ceremony' shown that their times of rock godhood had, at least temporarily, passed. With Astbury struggling to take a hold of his personal life, all of the tension lead to a complete split-up in 1995.

Between 1999 and 2002, the band reformed as a studio project to record the album 'Beyond Good and Evil', and they reissued all of their albums in Asia and eastern Europe in 2003, doing another round of reissues in Japan in 2004. In 2006, the band reformed again completely to perform a series of worldwide tours. In October 2007, the band released the album 'Born into This' on the Roadrunner Records label.

In August 2009, The Cult embarked on the world Love Live tour, playing two sets: the first set being the 'Love' album in its entirety and the second set consisting of songs from their extensive hits catalog. On September 14, 2010, the band released a special 'Capsule' which included CD, DVD, Vinyl, and USB formats. This work featured the new tracks "Every Man and Woman is a Star" and "Siberia". On November 16, 2011, The Cult released 'Capsule 2' featuring "Embers" and "Until the Light Takes Us".

In 2011, the Cult– then made up of Astbury, Duffy, drummer John Tempesta, and bassist Chris Wyse– recorded 'Choice Of Weapon', the band’s ninth studio album and first in five years. Scheduled for a May 22, 2012 release in the U.S. and a May 21, 2012 release in the U.K., 'Choice Of Weapon' was recorded in ten months, beginning in March 2011 at studios in New York City, Los Angeles and then leading to the band's Witch Mountain studio as well as the California high desert.

After the album's announcement, the band released single "Lucifer" for stream and sale. The album ended up named iTunes "Rock Album of the Year" for 2012. The Cult has also been working on film and graphic elements to accompany their recent work, and they underwent a successful 2012 World Tour. . 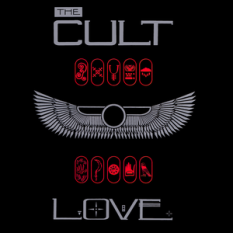 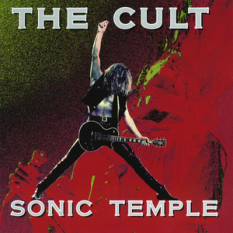 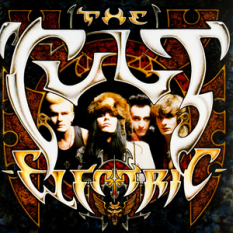 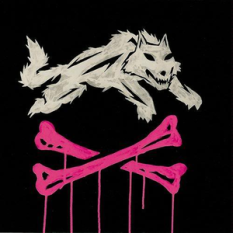