!!! is an American dance-punk band from Sacramento, California that formed in Autumn 1996 from the former band members of The Yah Mos, Black Liquorice and Popesmashers.

After a tour together, members of local Sacramento, CA bands Black Liquorice and Popesmashers formed !!!. The band's name was inspired by the subtitles of the movie The Gods Must Be Crazy, in which the mouth-clicking sounds of the Bushmen were represented as "!". Chk Chk Chk is the most common pronunciation, but they could just as easily be called Bam Bam Bam, Uh Uh Uh, Pew Pew Pew, etc. etc. etc.

Based in Sacramento, California; Portland, Oregon; and New York City, their debut full-length record came out in 2000 as a self-titled album on the Gold Standard Laboratories label. This was followed in 2003 by the single "Me and Giuliani Down By the School Yard", a lengthy track combining house beats with sinewy basslines, psychedelic guitars, and simple lyrics which quote the title song of the musical Footloose.

They are commonly associated with the dance-punk movement. A second full-length, Louden Up Now, was released on Touch and Go in America and on Warp in Europe in June 2004. In June 2005, !!! released a new EP covering "Take Ecstasy With Me" by The Magnetic Fields, and "Get Up" by Nate Dogg. The following December, the original drummer for the band, Mikel Gius, was struck and killed by a car while riding his bike. !!! released their third album, Myth Takes in 2007.

Vocalist and drummer John Pugh officially left the band in July 2007 to concentrate on his new band Free Blood. Shannon Funchess stood in for Pugh during much of their 2007 tour.

Their drummer, Jerry Fuchs, passed away after falling from an elevator shaft on 8th November 2009. He was pronounced dead upon reaching the hospital.

Since 2010, the band is composed of Nic Offer, Allan Wilson, Mario Andreoni, Paul Quattrone and Shannon Funchess. They released their 4th effort, "Strange Weather, Isn't It?" on the 23rd of August 2010. . 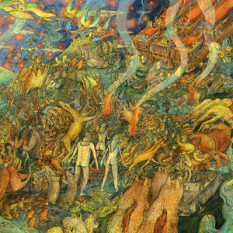 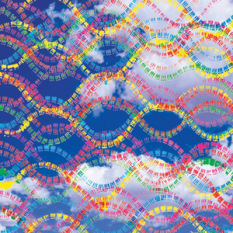 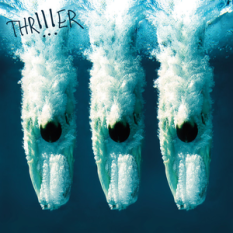 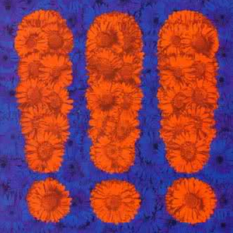