There are at least 8 artists that go by or are known by a variant of the name "Oz":

1. Oz is a Finnish heavy metal band in the 80's. They're not very well known these days but they were among the first and most succesful bands and did some solid groundwork for the Finnish metal scene that blooms today. The band retired after releasing the "Roll the Dice" album, but reunited, located in Sweden, in February 2010. The band has, until this day, released 5 studio albums, 1 EP, Two singles and has appeared on "Scandinavian Metal Attack" splits 1 & 2.

2. OZ (previously known as -OZ-) is a visual kei/metal-band. They were formed in Japan in October 2004. OZ has five members; Natsuki (vocals) Aki (guitar), Tama (guitar), Nao (bass) and Zukki (drums). OZ is signed to Loop Ash Records in Japan, and since 2009 they are signed in Europe by CLJ Records. During 2005-2008, they have released 13 singles (LIVE-distributed included) and 1 mini-album (“SIX”), which all have been sold out completely. In the beginning of 2009, OZ announced two new maxi singles, the first entitled “VENOM” was released on March 4th, and the second entitled “DETOX” was released on April 1st, 2009. On May 27, 2009 OZ released their 1st LIVE-DVD entitled “A FACT OF LIFE 20090218 -Territory TOKYO-” including ~10 songs. On September 16, 2009, OZ released their 1st album entitled “VERSUS” (CD+DVD) in Japan. It was also released in Europe as an CD+DVD Edition on Sepember 23rd. On February 24, 2010 OZ released the single “wisteria”. On May 5th, the following one was “viridian” both including 3 new tracks. Both singles was later released for the European market as an Digital Release. In Summer 2010, OZ announced that they will release their 2nd studio album, entitled “Rouge” on November 10 ,2010, and a BEST OF-album, entitled “BEST2006-2010” on December 1,2010 with previous released tracks. Their European label CLJ Records has confirmed that both albums are being released in Europe as well. OZ announced their 1st European tour in January 2011, they’ll be visiting Germany, Finland, France, Hungary, Poland, Netherlands, Russian Federation and United Kingdom.
http://www.territory-oz.com

3. OZ is a memphis underground rapper.

4. Oz is the frontman of Failsafe For Tomorrow and has released two solo albums, his debut "The Outline Of Hope", and his 2013 sophomore effort "Reprise" (available for free download).

6. OZ (Ovako Zvucimo) is a rock band from Croatia. http://www.myspace.com/ovakozvucimo 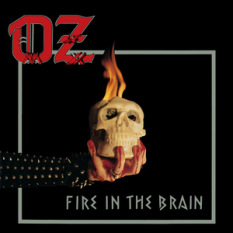 Fire In The Brain 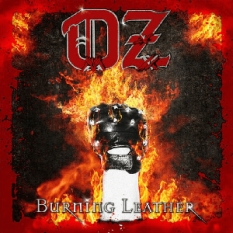 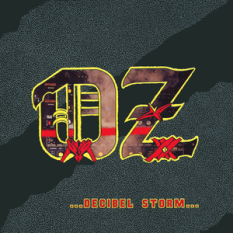