Landser was the most prominent neonazi ("rac") band in Germany for a decade. The band was founded in 1992 in East Berlin, by Soeren Brauner, Horst Schott and Andreas Lenhard, originally as "Endloesung" (Final Solution, the Nazi expression for the extermination of all Jews in Europe). Singer Michael "Lunikoff" Regener joined it later in 1992 (at first on guitar), and the name was changed to Landser - an old word for a soldier (a common foot-soldier). The band was associated with two neonazi groups, the Nationalistischer Front (Nationalist Front), and the Sozialrevolutionaerer Arbeiterfront (Social-Revolutionary Workers Front), which split from the NF in mid-1992. Schott was an SRA organiser. Regener came from a loose neonazi group, Die Vandalen, dating from the mid-1980's, when East Germany was still Communist.

Landser reached cult status, among the large neonazi skinhead scene in post-reunification East Germany, in the 1990's. The uncompromising racist lyrics, and glorification of Nazi Germany and its military, were illegal under German law, and the band operated underground. Recording and distribution were organised from outside Germany, and the band appeared only once at a public concert. In the end, in March 2005, after three years of proceedings, the Federal Criminal Court declared the band to be a criminal organisation - the first band to be outlawed in this way. The court also confirmed a Berlin Criminal Court sentence on Regener - 2 years and 10 months in jail, for forming a criminal organisation, leadership of a criminal organisation, dissemination of propaganda for anti-constitutional organisations, incitement to hatred, incitement to criminal acts, approval of criminal acts, insulting the State and its symbols, and defamation of a religion. The final judgement against Landser is online at this legal site: http://www.hrr-strafrecht.de/hrr/3/04/3-233-04.php.

Two other band members, Andreas Moericke and Christian Wenndorf, got suspended sentences. The band broke up during the trial anyway: the other two had testified against Regener. While awaiting appeal after his first conviction, Regener started a new band in 2004 called Die Lunikoff Verschwörung, The Lunikoff Conspiracy. He also joined the Nationaldemokratische Partei Deutschlands (NPD, currently the largest extreme-right party), and played a farewell concert at their party congress. In return, the NPD organised a demonstration at Tegel prison in October 2006, demanding his release.

Explaining the decision to prosecute the band, the Federal Prosecutor stated in March 2002: "their song texts are full of racist, nationalist, anti-Semitic tirades. They incite to violence against foreigners, Jews, and against their political opponents, and they seek to defame the Federal Republic of Germany and its pluralist political system."

Several Landser CD's were also banned by the Bundespruefstelle fuer jugendgefaehrdende Medien (BPjM, the Federal Office for Youth Media Protection). The BPjM is legally authorised to ban sales and distribution of any film, video, game, or music to persons under 18, and in some cases to ban all advertising or public sales. In any case, all 'anti-constitutional propaganda' - and specifically any attempt to propagate Nazism - is illegal under article 86 of the German Penal Code. Article 86a also prohibits all "anti-constitutional" symbols, including all Nazi insignia, flags, slogans and salutes.

To evade prohibition and seizures under such laws, Landser built up their own distribution network, using their friends within the neonazi scene, and older links with members of the former NF and SRA. Landser succeeded, in this way, in distributing almost 10 000 copies of their 1995 CD Republik der Strolche (Republic of Beggars) in Germany, outside all legal channels. Production was organised by Jens Og, ex-member of the NF and SRA, who also ran a black metal label. Marcel Schilf, an East German who moved to Scandinavia to produce and distribute music for the Blood & Honour network, organised the recording in Helsingborg (Sweden). They were then sent by post, or smuggled back into Germany.

In 1996, Schott was arrested with two women at Rostock, when he tried to smuggle 2 000 copies into Germany. In fact he had planned to drive on to France, where Christian Bouchet of the neonazi group Nouvelle Résistance, had agreed to store them for later distribution. Schott then left the band, and was replaced as drummer by Christian Wenndorff.

The next CD Deutsche Wut – Rock gegen oben (German Rage - Rock against the Power) was recorded in Minneapolis, as guests of the the American neonazi band Bound for Glory in April 1998. 10 000 copies were pressed in Canada, and the two bands set about smuggling it back to Germany, at first by sending it, 50 at at time, to neonazis in the Netherlands. Jens Og arranged the printing of the artwork and booklet in Germany, but became suspicious when the printer did not return the diskette: in fact the printer had sent it to the Public Prosecutor's office. Og now pulled out of the distribution activities, and the band made increasing use of the Blood & Honour network. However, police raids, and arrests of Blood & Honour members involved in the distribution, made this increasingly difficult.

For the production of "Ran an den Feind" in 1999/2000, Landser approached Jan Werner of Movement Records, also part of the Blood & Honour network. The CD was recorded in June 2000, and the master tape was handed to Mirko Hesse of Hate Records for production of the CDs. He had 5 000 pressed - and then another 3 000, which he kept for himself without telling Landser.

For the artwork production, Hesse recruited Toni Stadler, who had it printed in Poland. However, Stadler was an informer for the Brandenburg State Security Service, and later gave them the details of the whole deal. The CD was now distributed to selected dealers, who picked up their orders in late 2000, at autobahn restaurants and exits. Werner's friend Thomas Starke, who had organised these sales, was questioned by the Saxony State Criminal Police in November, and gave them details of the operation.

Landser planned to record their next CD in Canada, with Anthony Pierpont of the US white-power label Panzerfaust as producer. In May 2001, they flew to Canada, but Wenndorf was refused entry: the others flew back with him. Since the risk of seizure was high, it was by now difficult for Landser to find distributors anyway. The information which the police and security services had amassed, on their distribution network in the 1990's, provided the evidence for the "criminal organisation" prosecution. The end came in October and November 2001, when police raided 20 addresses associated with the band, and arrested all its members, and several others involved with it, such as ex-guitarist Jean-Rene Bauer and Jan Werner. 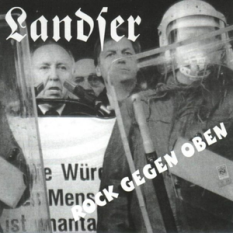 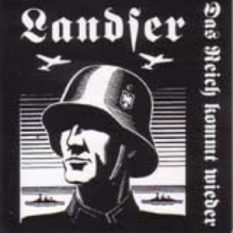 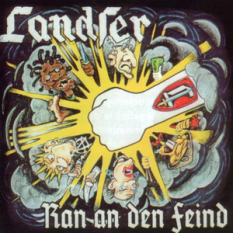 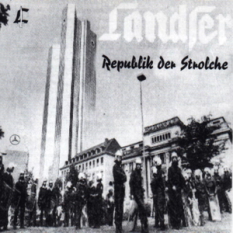 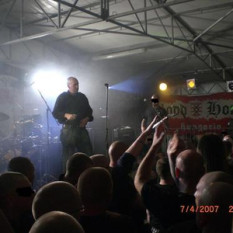 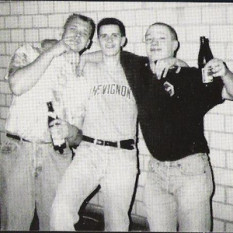 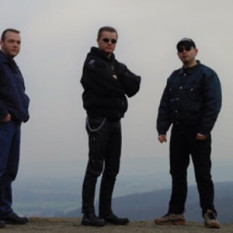 🤗 Where can I find materials for the query "Landser"?

You can find information through the best music search engine - Muzlan.top 😊All materials on request "Landser" are available on page Landser

🤗 Is it possible to listen to tracks on the site on request: "Landser"?

Yes of course. You can listen tracks on the page Landser

🤗 Is it possible to download tracks on query "Landser"?

Yes of course. You can download tracks on the page Landser